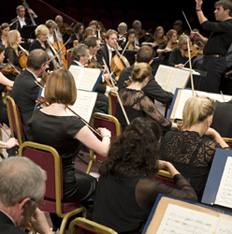 Pete has created many scores for performance, from chamber works for strings such as the 1996 Songs From A Blazing City through to May Peace Prevail On Earth, which premiered at The Barbican, London in 2003, with the Royal Philharmonic Orchestra and massed choirs.

He has also created innovative and conceptual works such as Simultaneity and And Death Shall Have No Dominion:

Libretti And Other Works